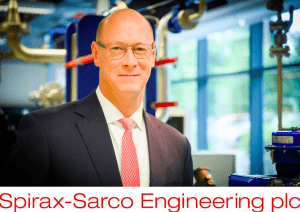 For insights on how to drive great business performance and sustain it in extraordinarily adverse conditions, there are few examples better than Spirax-Sarco.

Over the past 5 years, Spirax-Sarco Engineering plc has increased its turnover by more than 50% to almost £1.2 billion. It has delivered consistent profits and dividends, becoming a constituent of the FTSE 100 in 2018 and featuring several times in Britain’s Most Admired Companies awards. It is a multi-national industrial engineering Group recognised as a world leader in its markets and which employs nearly 8,000 people worldwide.

The Group has continued to deliver in the face of Covid-19 and Brexit challenges. It is probably Cheltenham’s biggest business success story and an object lesson in business resilience.

We are delighted that on 14th April at 2.00pm, their CEO, Nick Anderson, will be reflecting on what has driven this performance and on what it means to be based in our town.

Nick joined Spirax-Sarco in Sept 2011 and became its Chief Executive Officer in January 2014.

Born and raised in South America (to British parents) and having lived and worked in countries as diverse as Brazil, Argentina, the US, Singapore and the UK, Nick is fluent in four languages. He also holds a degree in engineering and a Harvard MBA in marketing and finance.

How to boost your social media presence in 2021...

Evans Jones – The Workplace of the Future... 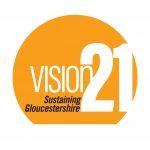 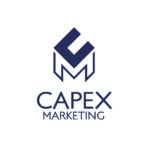 We would like to wish Her Majesty the Queen a very Happy Birthday for today.