Earlier today the preferred company which will create the development next to the A40 – The Golden Valley Development, was announced. It marks an exciting start to the development of this area of Cheltenham.

HBD X Factory will assist Cheltenham Borough Council in the first phase of the £1 billion project where 3,700 new homes and nearly 12,000 will be created as a result of the development. It will place the town at the heart of Cyber development within the UK with  Cyber Central UK taking space in the campus for cyber and digital technologies. 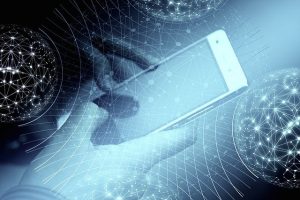 “The appointment of the Partner for the Golden Valley Development marks a major step forward for this one-of-a-kind project. Ever since GCHQ made Cheltenham the home for its headquarters over 60 years ago, an incredible ecosystem has developed in the town. It is only fitting that this project has been acknowledged by the Government as playing a vital role in the UK’s ambitions to become a global science and technology superpower”.

The prospects for this area are incredible with its close links to the motorway and railway links. With large tech firms such as Microsoft, Apple and IBM being attracted to the town, Cheltenham has over 11 times more cyber businesses that the average in the UK.

“The Chamber and its members are excited about the economic benefits that the Golden Valley Development will bring to the town. In addition to direct opportunities in the development supply chain, the spending of those businesses attracted to the area and of their employees will have an immensely positive impact. Also, we very much hope that many of these businesses will look to integrate with the existing business community and become members of the Chamber.”

Black Friday, Viable Alternatives, and How to Launch a Christmas Campaign (50% Chamber Dis...

Free peer to peer business support from the Growth Hub....